This review was made possible by a screener of Cha Cha Real Smooth provided to Streamr by Apple TV+. Watch the brand new original film on Apple TV+ on Friday, 17 June.

Finally making its way to streaming, following a notable premiere at Sundance earlier this year is Cha Cha Real Smooth! Ever since its debut at the festival, I was incredibly fascinated and excited to check out the film. Now it has a home at Apple TV+, the world is finally able to see the wonderful film, crafted by the star, writer and director Cooper Raiff.

This film was a funny one, especially for someone who has just finished university and is set to move home and become a part of a household I haven’t lived with for three years, so to say I sort of connected to this film is probably an understatement. Don’t expect to see me becoming a motivational dancer within the next few weeks, however… I don’t have the skills for it (or do I?)

Cooper Raiff writes and directs and stars as Andrew, who has recently moved back home with his family in New Jersey as he adjusts to life, post-college. During the events of the film, he finds himself hired as a motivational dancer for the Bat Mitzvahs for his younger brother’s class where he ends up meeting Domino and her autistic daughter Lola. The whole film is a journey for Andrew as he learns about who he is, and what his next steps in life will be. Raiff is the perfect lead, as Andrew – and it is hard to think what any other person’s interpretation other than Raiff’s would have been like during this film.

One of my biggest praises of this film is that I didn’t want it to end. Not once did I check my phone, or want to stop the film, and I was fully immersed in this experience. There is so much joy in this film, which carries you throughout this film, I can’t wait to tell everyone about this film and its warm, kind nature. Raiff’s charming writing mixed with his on-screen chemistry with Dakota Johnson’s Domino is incredible. Give them both all of the awards for this film, please.

This film prides itself on great autism representation, with Vanessa Burghardt playing the role of Domino’s autistic daughter, Lola. During the film, following his interactions with Domino, Andrew begins sitting for Lola as the two become familiar with each other, and it is really heartwarming. Lola’s portrayal just feels authentic, and another example of the lengths the film goes to feel as real as possible.

Praise should be directed to the film’s impressive ensemble too. Leslie Mann stars as Andrew’s mother who was another highlight during her scattered appearances during the film. Despite being a usual role for Mann playing a mom, she portrays a real motherly figure for Andrew, and there’s a scene in the final act which was emotional and raw, which really hit me, and I give full credit to Raiff and Mann’s acting at that moment – just wonderful.

What Cooper Raiff has achieved, is immense. For his second film, I cannot wait to see what stories he is yet to tell as a filmmaker. Someone so young, and fresh telling this story specifically is a real breath of fresh air. From viral references (“You’re Not That Guy, Pal”) to Andrew playing “WAP” to kids at a Bat Mitzvah, the film just feels so real and honest – which made it that much more perfect. It is a triumph of a feel-good, coming-of-age story.

This film is a major success of an acquisition for Apple TV+, and I hope it will bring people to the service, as the film is really good. After months of hype following Sundance, I was so excited to finally see this film, so I hope this second wind of hype can bring people together and watch this film. I don’t think I have any major critiques for this film, which is really exciting.

Cha Cha Real Smooth is a sheer delight from beginning to end. Absolutely loved the incredibly charming performances from Cooper Raiff and Dakota Johnson, every time they’re together on screen. The story felt fresh, and real, and is definitely one to watch this weekend. A wonderful rom-com.

Fresh out of college and without a clear life path going forward, 22-year-old Andrew is stuck back at home with his family in New Jersey. But if there’s one thing that belongs on his nonexistent résumé, it’s how to get a party started, which lands him the perfect job of motivational dancing at the bar and bat mitzvahs for his younger brother’s classmates. When Andrew befriends a local mom, Domino, and her daughter, Lola, he finally discovers a future he wants – even if it might not be his own. Cooper Raiff writes, directs and stars alongside Dakota Johnson, Brad Garrett, Leslie Mann and newcomers Vanessa Burghardt and Evan Assante in this tale of unconventional love that brims with emotional honesty.

Check out the trailer below: 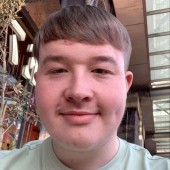 What “Ted Lasso” Gets Right