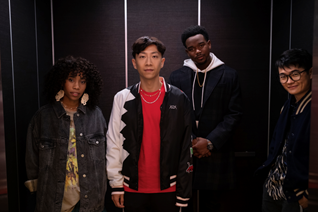 Production has wrapped on “Chang Can Dunk,” an original, live-action film from Disney slated for release in 2023, exclusively on Disney+.

“Chang Can Dunk” follows Chang, a 16-year-old, Asian American high school student in the marching band, who bets the school basketball star that he can dunk by Homecoming. The bet leads the 5’ 8″ Chang on a quest to find the hops he needs to dunk in order to impress his crush, Kristy, and finally gain the attention and respect of his high school peers. But before he can rise up and truly throw one down, he’ll have to reexamine everything he knows about himself, his friendships and his family.

Bloom Li (“My Dead Ex,” “Into the Dark”) is playing the lead, Chang. Li was encouraged to audition by a friend and submitted a self-tape on his own, which put him on the path to eventually getting the part.

In his feature-film debut, Jingyi Shao is writing and directing from a script he wrote that placed second on last year’s Blacklist. Brad Weston is producing along with Emmy® award-winning Lena Waithe and Rishi Rajani of Hillman Grad productions. Pamela Thur serves as executive producer.

To lend authenticity to the film and properly represent the dunk culture, filmmakers hired one of the foremost dunk experts, Connor Barth, to help the actors training.

Are you excited for the basketball film?