So, let’s set the scene: ever since being hired as Paper Boi’s manager, Atlanta’s main character Earn has struggled to find his footing in the music industry to give his client and cousin the best opportunities he can.

Season 1 of the series is kind of a grind for Earn as he’s constantly doing whatever he can to get money. There’s an entire episode that sees Earn dragged around Atlanta by Darius as he tries to level up his income, but to no avail, because as Earn explains: “Poor people don’t have time for investments, they’re too busy trying not to be poor.” The finale of season 1 had a wonderful little moment where Al finally paid Earn for his work as his manager, and it felt like a nice breath of fresh air to see our main character get a win. Season 2, “Robbin’ Season” quickly demonstrates that money is no longer the issue – it’s about security. After all, how else do you prevent getting robbed?

Throughout Season 2, Earn is constantly trying to secure his role to Van as a partner and father, secure his role to Al as a manager and cousin, and ultimately prove to himself that he has worth. All of this excellently comes to a head in the finale: “Crabs in a Barrel.” With the shadow of the upcoming European tour looming over him, Earn runs around Atlanta trying to make sure everything is in order so they can get the tour started without issues. It’s an excellent way to not only close out the season with a bang but also give the audience a head’s up as to what we could expect in the future of this series.

The tour itself is something of a bad omen as to Earn’s job security as Paper Boi’s manager. Both Earn and Al admit that he should’ve been headlining the tour himself, and not opening for Clark County (someone that they don’t even really like). Not only that, but Van and Earn find out that Lottie is advanced beyond her age, and that she’ll need a nicer (and more expensive) school to be able to provide her with the tools necessary to grow. So while Earn is once again facing the pressure to make money and provide for his family, Al is being faced with the decision to either save his cousin’s feelings and keep him as a manager or secure his space in the rap game and hire Clark County’s much more proven and skilled manager.

So when Earn goes with Darius to make sure he can get a same-day passport renewal, everything finally comes crashing onto him. Earn sees the reality that he didn’t find an entertainment lawyer good enough for Al, the fact that Lottie and Van are moving back in with Van’s mother and slipping out of his arms, and he finally admits that his job as Paper Boi’s manager is likely coming to an end. If he wasn’t in survival mode before, he definitely is now, and he’s really just looking for a moment to prove himself and his worth.

So Earn goes to ask Al if they can talk, probably hoping he can ease his own anxiety or just rip off the band-aid, but Al reassures Earn that they can talk once they land in Europe (just as Darius suggested he would). They smoke some weed and head into the airport, rushing to get through security.

I’d like to interrupt for a brief moment to appreciate a small little callback and full-circle moment in the finale. Not only did Stephen Glover make sure that this episode was the perfect culmination of the season, but made sure that this episode and this exact moment was the true “becoming himself” moment for Earn. While rushing on to the security line at the gate Earn passes by people working in a stand at the airport, just like the one he worked at in the pilot before quitting to become Al’s manager. Just…mwah. Perfection. Alright, back to it.

So they stand in line at the security gate, and Clark County’s very presence is just a constant reminder of Earn’s shortcomings as a manager. They begin to get processed through security when Earn peaks in his bag to see his Uncle Willy’s golden gun glimmering in the light. It’s so perfectly done and it feels so natural, because of course in the chaos of the episode Earn would forget that he quickly grabbed it and put it in his bag at Al’s house. It’s a moment that makes my heart sink every single time, as he faces down everything that gun represents: the necessity to survive. The necessity to be secure.

Now, they don’t get quite as textual as this so it doesn’t explicitly happen, but I like to think the words of his Uncle Willy are ringing throughout his head, “You’re going to need this in the music business; take it.” And in maybe the most well done Chekov’s gun moment in filmmaking history, Earn sneakily slips his gun into Clark County’s bag and walks through security quickly. In one fell swoop, he did exactly what he needed to do: secure his job, secure his family, and secure himself. It might be purely incidental as his bag was right next to him, but I always thought that maybe Earn slipped the gun in Clark’s bag to ensure that Paper Boi WOULD be leading the tour, just like Earn and Al agreed that he should.

In just one quick high tension moment, the show manages to bring everything together from the rest of the season. All of the tension between Earn and Van during “Helen.” All of the financial instability shown in “Sportin’ Waves” and “Money Bag Shawty.” All of the shakiness regarding his job from “Woods” and “North of the Border.” All of that…SECURED, with one quick moment. It’s an excellent demonstration of screenwriting and storytelling talent. Al sums it up pretty well with a brilliantly delivered monologue, talking about how he and Earn are just the same. They both do what needs to be done. They take care of each other, no matter what. That’s security.

Atlanta proves time and again that it is one of the best ongoing shows on TV. With the upcoming Third Season premiering on FX this week, you’d better make sure you get caught up with Hulu. I promise you aren’t going to want to miss this.

Atlanta Season 3 premieres on FX on Wednesday March 24th in the US (next day FX on Hulu), with an unconfirmed date in the UK.

Fancy reading something else? Why not check out: RUMOUR: Emilia Clarke’s Role in Disney+’s ‘Secret Invasion’ Revealed 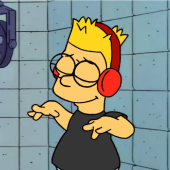 ‘Drishyam 2’ Review: See It To Believe It!