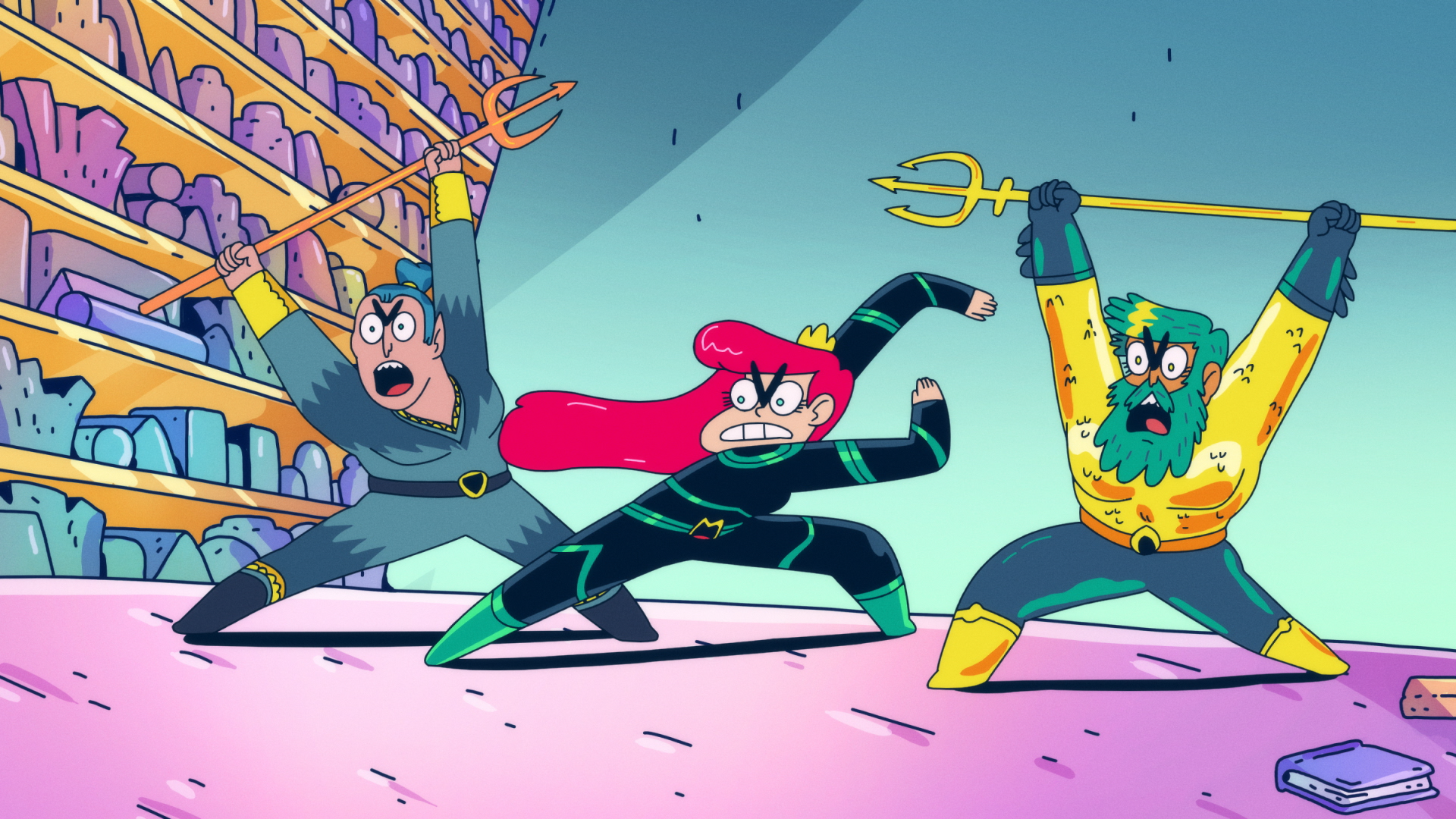 Aquaman: King of Atlantis comes to a close this week, in its last hurrah, Chapter 3 – titled “Tidal Shift”. Going into this episode I was very excited to see how things were wrapped up, and generally – I was quite impressed.

If you haven’t already, why not check out: Aquaman: King of Atlantis – Chapter 2: “Primordious” Review before reading this article?

Nothing considered a spoiler will be mentioned in this review. However, minor plot details from Episodes 1 and 2 will be touched upon

Chapter 3 picks up things immediately following on from the closing moments of Chapter 2. Ocean Master has just been greeted by Mortikov, and both have been revealed to be staying in the same jail cell. Additionally, they finally put their plan into place. I won’t spoil how they both do it, but the two crystals from Chapters 1 and 2 make an appearance and the setup starts to take shape and we’re greeted by a world-destroying weapon

The third act of KoA is one which stands out from the others, because I think it is arguably the second best of the three episodes. Primordious stands out at the show’s best stuff, not disregarding the other two chapters but Primordious was incredibly entertaining. Furthermore, this episode stands well on its own as it is supported once again by superb voice acting. Gillian Jacobs shines as Mera, and would love to see her do even more voice acting going forward.

Vulko plays more of a role in the third and final act, which is something I was so happy about, as I felt the royal advisor was underused completely throughout this show… until now!

Additionally, this show is a wonder to watch visually. It’s difference compared to other DC animated shows is unique and that’s what is so enjoyable. It is a fresh take on a universe which has already been done so many times prior to this iteration. One of my favourite new additions to this episode were some prehistoric characters, who show up during one of the biggest moments where villains descend upon Atlantis…

One of my biggest praises of this show was the decision to have three individual acts, which have a continuous plot but each episode feels separate to the other, something which I’m hoping Doctor Who masters when it arrives at the end of the month… Aquaman: King of Atlantis is a great example of how a mini-series should work, and it is a credit to the writing team.

Don’t get me wrong, and this might be my only main criticism for this show. There are only so many repetitive gags including Ocean Master taking the throne that you can really take when watching this show. I understand my criticism may be questionable, but after the first few fanfares, and announcements of Aquaman or Ocean Master being declared King of Atlantis… it really got silly and annoying…

Does Aquaman: King Of Atlantis deserve a sequel?

The short answer is Yes.

I have absolutely loved this animated special, and if HBO Max are wanting more, then go for it!

Tap more into the wonderful world of Aquaman, and give us Black Manta, or even Siren! Siren is claimed to be possibly one of the greatest female villains of Aquaman’s rogue’s gallery. Brining in a character, who I assume won’t be used within the DCEU could work perfectly. Siren is the sister of Mera, who is jealous of her sister’s hold on Arthur, and ends up becoming an assassin and foe against Arthur.

King of Atlantis could perfectly adapt this iconic villain who has previously impersonated Mera, teamed up with Black Manta and trying to take out Arthur on numerous occasions, Siren’s proven herself to be a rival and one which could be a force to be reckoned with in the next iteration of Aquaman: King of Atlantis

In conclusion… I really did enjoy this episode and mini-series as a whole! The witty, fun all-ages animated show is definitely a success for HBO Max, and I think the service would benefit from more titles like this, blending a well-known IP with a brand new formula. More please!

Aquaman: King of Atlantis bows out with a show stopping finale, which wraps the trilogy up in a perfect bow with the same jokes, action and bright-bizarre colours which have graced our screens for three weeks!

Fancy reading something else? Why not check out: ‘You’ Season 3 Review: An Almost Perfect Execution

The three-part animated mini-series event begins with Aquaman’s first day on the job as king of Atlantis and he’s got a LOT of catching up to do. Luckily, he has his two royal advisors to back him up. Vulko, the scholar, and Mera, the water-controlling warrior-princess. Between dealing with unscrupulous surface dwellers, elder evils from beyond time. And his own half-brother who wants to overthrow him. Aquaman is going to have to rise to the challenge and prove to his subjects. And to himself, that he’s the right man for the trident!