What is the next BIG fantasy series?

With the recent news that Wayne Che Yip will be directing 4 episodes of Amazon Prime’s Lord of The Rings series, I got thinking: what is the next big fantasy series? Will we ever get another Game of Thrones? The way it’s going is this: high fantasy = high budget, and no platform has a higher budget than a streaming one. With HBO set to develop at least 6 Game of Thrones spin-offs, let’s dig a little deeper into things that could be on the horizon for all of these services.

HBO is living in fantasy-series-land

With no fewer than 6 Game of Thrones spin-offs, it appears that HBO is trying to recapture some of the goodwill associated with the first six seasons of their flagship fantasy show. What they’re missing is that, for all their flaws, D&D were absolutely fantastic at adapting GRRM’s books. When they ran out of material to adapt is when there was a noticeable decline in quality, rendering us with the mess we got in Season 8.

I think HBO is putting all of their eggs in one basket with this; they’ve got the money to create a multi-series platform, but it’s whether or not they can properly execute it to the degree that it both warrants a subscription to HBO Max and also provides the platform with a greater rationale for further worldwide expansion.

Though, not all hope could be lost. Rumours of an HBO Max series around The Wizarding World have taken shape in recent months. Watch this space.

Middle Earth is a Prime location

We’ve been drip-fed bits of information about Amazon Prime’s as-of-yet untitled Lord of The Rings series. Set to be the most expensive show ever made, with just the production rights costing an eye-watering $250M and subsequent seasons totalling $1B, it will definitely be a spectacle. The good thing about this is its setting. Being far removed from the narrative of the books and films, it’s able to do a lot of great world-building without running into continuity issues. Its development with the Tolkien estate is also a good sign; it ensures that the series respects the legacy of the books while expanding on the rich lore through visual media.

In honesty, I think this has got the strongest potential to be the next big fantasy show if done correctly. If not, it’s a $1B mistake.

The reception of the Fox films were lukewarm at best, and this series is borne out of a stronger collaboration with author of the Percy Jackson books, Rick Riordan. Though details on plot and structure are scarce, the overwhelming consensus is that it should be 1 book/season. This platform could be a way of bringing to life a good, family-friendly series with a high budget and an already established loyal fanbase.

Toss a coin to your Netflix

Netflix’s The Witcher was billed (by fans, not Netflix) as your Game of Thrones replacement. With a Netflix budget and a couple of huge names, the series developed a large fanbase. Unfortunately, it failed to meet the mainstream appeal of Game of Thrones for a couple of reasons; its pacing was off, its tone was inconsistent and, narratively, it was too concept-heavy. The last one of these isn’t a necessarily bad thing but the overall script of the first season failed to resonate with me personally because it had to set an awful lot up, meaning scenes full of exposition. Contrast this to other shows in general, they’re much better with a slow-burn approach to help you get to know the stakes.

Still, I think this is a show as good as any that will give Netflix good fortune in the fantasy-series wars to come.

These are the four big fantasy series I think will try to capture audiences over the next few years. Whether or not they do remains to be seen but this is an exciting time to be a fantasy geek. Which of these are you most looking forward to?

I love the quality and variety you get from streaming shows. Though not everything is great, there's at least a lot of choice! My favourite service is by far Disney+, but I'm also probably the biggest supporter of AppleTV+! You can find me on Twitter @MoFromStreamr or contact me at mo@thestreamr.com! 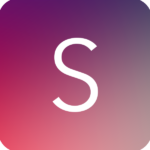